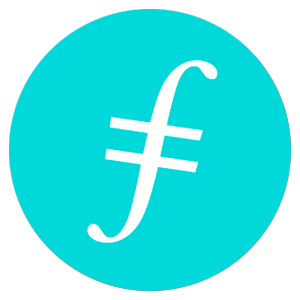 History of the FIL Token:

Filecoin is an open-source cryptocurrency and digital payment system made by Protocol Labs. It allows users to rent unused hard drive space around the world, allowing anyone to participate as a storage provider. Providing an innovative solution to storage using novel protocol components, Filecoin aims to transform storage into a decentralized commodity and service.

The project, which builds on the InterPlanetary File System (IPFS) developed by Protocol Labs, was highly anticipated in the blockchain and crypto community. In late 2017, it made waves in the industry by becoming the largest ICO in history, raising over $257 million in contributions. Their well-established team combined with cash injections by venture capitalist heavyweights from Silicon Valley gave Filecoin the trust and legitimacy that is highly sought-after in the industry.

However, the way the ICO was structured was the subject of wide criticism. Of the 200 million tokens being issues, Protocol Labs and its affiliates received 1.5x as many tokens as investors. Bearing in mind that 50% share of new tokens go directly to Filecoin, this means that Protocol Labs guarantees itself 66% of coins at issuance. This self-preserving distribution of tokens demonstrated to many that the Filecoin team’s interests may not lie in the right places. Furthermore, the issue of excessive fundraising was brought up, as Juan Benet admitted that Protocol Labs’ operating costs for three years were no more than $3.5 million dollars – while working on a total of three projects including Filecoin. The size of the ICO, in relation to the project itself and its deliverables, put a question mark on the integrity of Protocol Labs’ leadership from the crypto community.

Filecoin offers a decentralized cloud-storage service that utilizes the power of blockchain using free space on computer hard drives around the world. It uses a protocol token whose blockchain runs on “Proof-of-Spacetime” (a term coined by their team), where blocks are created by miners that are storing data. On the Filecoin network, clients pay to store and retrieve their data, Storage Miners earn tokens by offering their unused storage, and Retrieval Miners earn tokens by serving data.

Current data storage solutions are centralized and vulnerable to attacks. We’ve all heard of the high-profile data breaches these past few years. Filecoin offers the storage of data using Erasure Coding (EC) and Information Dispersal Algorithms (IDA), which means smarter and more resilient replication with lower storage overhead. Users are given full control and the ability to modify the algorithm’s parameters to fit their needs. The network can also detect missing nodes and re-allocate their pieces to other miners, who can reconstruct them through EC. In other words, the Filecoin network is self-healing.

However, there are competitive and technical challenges to the Filecoin team and their project. In order for this project to succeed and compete, they will require both skill and luck – as well as rapid user adoption.

In its first quarter update for 2019, the Filecoin team revealed its revised Roadmap which anticipates a mainnet launch for either the third or fourth quarter. On February 14th 2019, the Filecoin team announced the opening of notable project repositories on Github. Now, anyone can access their code and contribute to the project as the go-filecoin codebase was opened to the public, and the first public Filecoin devnets were launched. These milestones are notable steps towards mainnet launch.

In November 2018, Filecoin announced a partnership with the Ethereum Foundation to build Application-Specific Integrated Circuits (ASICs) that support the eagerly anticipated Ethereum 2.0. The technology, called “beacon chain”, is a random number generator on Ethereum 2.0. It helps shuffle the validators to replace miners in the Proof of Stake consensus algorithm, which is thought to prevent malicious users to overtake system operations.

The much-anticipated launch of Filecoin is scheduled for either the third or fourth quarter of 2019, right after a thorough security audit of the network is completed. At the end of its development, Filecoin will have to compete with the current giants in cloud storage like Amazon, Google, Microsoft, and IBM – which is obviously not a simple task.

Current cloud-storage providers offer 5 to 15Gb of free storage upon signup. This is a disadvantage as Filecoin requires a token fee for every storage request. Here, the volatility in the token’s price may also become a barrier to entry and regular use for many. In terms of speed, it is difficult to imagine Filecoin competing with corporate players at a technical level. These issues, along with its reliability in terms of a storage service (if there are not enough nodes, access to one’s data could be harder than imagined), could be mitigated only by a flourishing ecosystem with millions of users. While there will be demand for a decentralized storage platform that allows users to remove their precious data from the claws of corporations like Google, it is a safe assumption to think that the majority of the global population will probably not respond to the hype as intensely as crypto and blockchain enthusiasts. In order for Filecoin to function correctly, they will need to scale their user base dramatically – and well beyond the blockchain space.

Filecoin is an interesting project with a tantalizing proposition that is worth keeping interest in, and we recommend having another look once its ecosystem is fully operational.