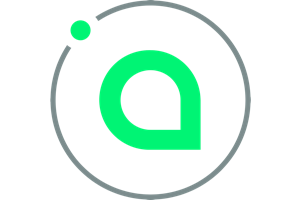 The two cofounders of Sia met their during their freshman year at RPI. We were both living on same floor in our dorm and connected quickly, said David Vorick in a statement to MLG Capital. David continued to explain that three years later, the two were living together and had been talking about this cloud storage upgrade to bitcoin and a new way to do consensus, which over time evolved into what Sia is now.

2014 was a big year for Sia. The team released their first WhitePaper in 2014, then organized a crowdsale shortly after in May 2014 which raised 100k and then the team accepted another 375k of seed investment in June 2014. In June 2015, Sia launched their genesis block, people started mining and their custom developed blockchain was operational for the first time. Functionally, on Sia you could upload, download and insure files. It was a proof of concept (POC) – files were small and it was not scalable but it proved that decentralized storage worked and that the smart contracts the team had developed worked too.

After launch, it was a series of engineering overhauls that is a process that is still continuing today, David Vorick explained to MLG Capital. Sia takes a component of the system and rewrites it to be faster, more scalable and fit the needs of users better. The system grows and then the team focuses on the next bottleneck, which has been a process over the past two years to build the platform as it exists today.

Recently, Sia announced an enterprise partnership with Nextcloud, an open sourced alternative to dropbrox with features like email but a focus on storage. The corporate goals of Nextcloud are security, open sourced software and leaving corporate leaders in control of what happens to their proprietary data and intellectual property. David Vorick explained to MLG Capital that usually users wire Nextcloud to Google Drive or S3 or a network setup internally, such as a local hardware farm, so it seemed to make sense to Sia and to Nextcloud that you shouldn’t have to use a centralized storage backend to use Nextcloud and you should be able to make your company completely independent from tech standards.

Sia differentiates from competition in 3 big ways, said David Vorick in a statement to MLG Capital. The first is that Sia is the only storage platform that is decentralized, whereas with most of their competitors are almost entirely centralized such as Maidsafe. Vorick describes Maidsafe as a testnet working on Maidsafe servers and if Maidsafe turned off their servers the entire network would go down.

Storj is another competitor but if they were to disappear their host provider would stop getting paid, which would ultimately end in the network shutting down as Storj is solely responsible for paying all their hosts, explained Vorick to MLG Capital. According to Vorick, an important part of an incentivized network are the incentives, so if Storj disappeared the network would also disappear quickly. Storj also owns the primary bridge node, which other people rely on. When a user connects to the Storj network, instead of using their own blockchain node their connect to a centralized node that does all the blockchain stuff for them.

IPFS is another example but Vorick does not consider them a close competitor because there is no incentivized data storage and you don’t get paid to store data on the IPFS system.

Another thing Vorick identified to MLG Capital that Sia does differently than their competitors is having a file contract that requires hosts to put up collateral. Vorick explained that most other systems are pay as you go and hosts are free to leave at any time. If there is a significant event on the network, many hosts can leave in a moment and make the network less stable. Sia hosts need to register for an amount of time and stay the entire time. On the Sia network, its a much bigger deal to be a host as it requires the host to sign a contract where you lose money if you reneg. Vorick believes that this means Sia will have fewer but better hosts.

Sia is looking to replace all data storage because as a platform Sia isn’t just decentralized but is also cheaper, faster and more secure with a much broader network of options when building out applications. Vorick said in a statement to MLG Capital that Sia is better than Amazon even if you don’t care about security or decentralization, as the decentralized component is a big option but Sia also provides an upgrade to cloud storage as a whole.