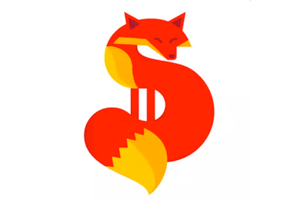 In an interview with MLG Blockchain Consulting, Soma co-founder Jukka Hilmola, gave a detailed account of the platform’s early history. He stated that, “The idea of Soma was born back in early 2016 when Joseph and I were using traditional classifieds/C2C platforms as a channel to sell collector items which were brought from different parts of the world. We both were convinced that there is currently a need for a more user-friendly platform as these platforms didn’t serve the needs of end-user in the most desirable manner”.

The two began to do research on this subject and found out that there was a rapidly growing global phenomenon where people had begun to use localized Facebook groups to satisfy their need to trade with second-hand items. More over, a substantial amount of these people came from the traditional platforms. Thus, there was a “leakage” of users from the traditional platforms to localized Facebook groups.

Jukka stated to MLG Blockchain Consulting that he saw this as a proof that their reasoning from the traditional platforms was correct and as a result, he started to develop a platform with all the relevant features that would give end-user the best experience. Soma was born and the team raised an angel round to begin the project and then raised a seed round with a 1.5 million dollar valuation.

The Soma Community Token (SCT), Soma’s own cryptocurrency began as Jukka and Joseph were both enthusiastic about the blockchain technology and cryptocurrencies, and recognized the disruption happening in the fintech industry. The two wanted Soma to be free from third-parties in case of payment facilitation and concluded that the blockchain technology provided the perfect solution for that. In addition, Soma could utilize the blockchain in various other important matters for the community as a whole, such as with a native loyalty system. The idea of Soma Rewarding System (SRS) and the Interactive Item Card was eventually born.

The Soma Rewarding System is to ensure that Soma has a smooth trading experience together with the new earning possibilities as users can promote item cards from other users and receive SCT as compensation. Soma promotes a fair distribution of internal wealth of the community as value-adding users are compensated accordingly.

Soma collected 280 ETH in minor pre-sale to put towards marketing the upcoming ICO.

Soma said in a statement to MLG that the team is currently putting effort into product development to ship the new version of Soma iOS App, which will be released soon. In addition, the team is preparing their technical white paper. In addition, we Soma is is creating a global ambassador program and creating strategic partnerships in different regions to ensure Soma has a wide distribution for the IOS app launch.

Following the ICO, the team will focus on mainstreaming the Soma platform. “We see the mainstreaming as a crucial aspect not only for the Soma itself but for the investors of our ICO as well. ICO investors are the early backers of the Soma platform, and they will benefit from the mass adoption of the platform as the value of the SCT appreciates in line with the growing demand”, said Hilmola in a statement to MLG Blockchain. Soma will integrate an exchange system where users can deposits in fiat currencies which can be transformed to SCT to utilize the SRS as a system and deliver payments instantly throughout the world.

When compared to traditional platforms, there are many differentiating factors for the Soma marketplace said Hilmola in a statement to MLG Blockchain

Our goal is that Soma will be “Facebook for items”. For that, the concept of IIC is in a central role. As described above, we want that people will associate the IIC and Soma together, and incentivize people to create attractive content for the platform in a form of well-designed and beautiful IIC’s. As users of the Instagram are putting effort to their posted pictures, we want users of the Soma to put effort on their listed items.

After the ICO, we are looking to expand Soma rapidly across the globe and disrupt the C2C-markets by offering a solution for the current need, which can be derived from the customer behavior. Our long-term goal is to be the largest C2C-marketplace globally.

MLG is an advisor to the Soma team and on the SCT ICO.

MLG Blockchain is a global blockchain consulting and development firm headquartered in Toronto with a distributed team across North America, Europe and Asia that is focused on building next generation applications using blockchain and smart contract technology. We speed up your team’s understanding of the blockchain and its potential opportunities for your business and help you to create a blockchain strategy you can use today.

If you are part of the executive team of a new or existing token, please reach out at hello@mlgblockchain.com to be profiled.