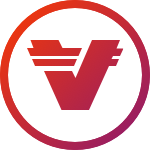 ERC20 (Tokens to be replaced on a 1:1 basis on Verasity’s proprietary blockchain (Graphene-based))

History of the Verasity Token

The online video market is valued at over $312 billion, yet corporations and advertisers are the only ones benefiting from the current model. Creators and publishers get a little and viewers get nothing. In fact, 96% of content creators will never make it over the poverty line. Verasity’s video-sharing platform will ensure creators get a fair return on their content and Verasity’s video protocol will revolutionize video revenue for existing media businesses around the world.

Founded in 2017, Verasity’s team has over 30-years of experience in online video distribution, advertising and media. The founders have experience from businesses such as Akamai, Amazon, Eurosport, Joost (P2P TV), Guardian Media Group, and Sky. The team has invaluable knowledge of the online video market and the understanding of how to disrupt it.

Verasity has built its reputation on a solid foundation of pragmatism and research – even before their whitepaper was released. They have brought together a strong core team and the best advisors from around the industry. Having successfully hit milestones in Q3 and Q4 of 2017, as well as Q1 2018, they have a solid track record of delivering on time.

Verasity has seen strong growth off the back of marketing and partnerships with companies such as Akamai, Adbank, Vungle, and TRUTH. The Verasity community stands at over 300,000 strong and the team has attended 15 different events around the globe as well as hosting their own meetup in London, England on 17th May 2018.

Verasity is currently in the middle of their Token Sale which ends on July 11th or when the hard cap is reached. Development is on track and can be viewed either in their whitepaper (page 44) or on their website (under Roadmap). Already the team have delivered several products including their video player which is already running. You can already test out demo functionality in the VeraPlayer such as the in-built wallet and payment options. Development on their blockchain, video-sharing website and apps are also in play. Verasity will continue expanding their core team and advisors from the best of what the industry has to offer. You can see the newest additions here.

Compared to similar projects, Verasity has more than a few distinguishing factors:

Verasity is working quickly and diligently to get their product out to the public and ramp up its user-base. With a strong go-to-market strategy, Q3 of 2018 will be an exciting time as the Verasity blockchain becomes operational. A variety of minimum viable products will also be released around this time too including the blockchain-enabled VeraPlayer, VeraWallet, and Verafier apps. Soon after the video-platform beta will be released to the public in Q4 2018 with the full release scheduled for 2019. Verasity will also continue to showcase their products at events around the world.

MLG is a global blockchain investment and advisory firm focused on investing in next-generation decentralized assets and providing our stakeholders with long-term investment management they can trust. If you are part of the executive team of a new or existing token, please reach out at hello@mlgblockchain.com to be profiled.

MLG Blockchain is a service provider for Verasity & holds a position in VERA. Nevertheless, this token profile was not paid for or sponsored in any way.