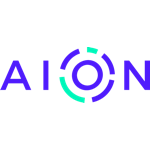 Cross-Chain Interoperability to solve problems of privacy and scalability

History of the AION Token

AION has been in development since 2017 with the goal to be an interoperable blockchain. This means to be able to bridge different isolated blockchains to utilize their users to enhance the network effect. The interoperability of AION is not to be limited to only public blockchains; private blockchains are able to be worked into the system.

Breaking down their token offering, there was a 60/40 split in the allotment of tokens to the public and what is being held by the AION foundation (being held and released over three years).  AION had two fundraising periods, one private and one public sale, raising over $23 million dollars. Their public sale (price floor set at $1), which was to be held in two 10 million token phases, was cancelled. Several reasons were given for the cancellation. The main reason was for the team to focus on having the first milestone built and released by early 2018. Other reasons included market volatility as well as needing time to grow the team and define the roles of everyone. It should be noted that on the announcement day AION was trading below $1 however it was over closed at $1.49. The 20 million tokens that were for the sale were placed into the token release schedule (TRS).  The public TRS allowed backers to send AION to a smart contract which releases more AION to them over one year. This was done to incentivize long-term commitment. The TRS bonus is 297% with a release of tokens at 6.25% per month including an initial 25% release. The first release occurred on December 14th, 2018.

AION has amassed an impressive list of partnerships. Their first major announcement was when they, along with Wanchain and ICON, founded the Blockchain Interoperability Alliance to promote and advanced standards on interoperability. They are also partnered with Bancor to offer inter-chain liquidity and Metaverse to explore transacting native digital assets on the Metaverse protocol across to other blockchains. More partnerships can be found at this link.

AION has been working a great deal on their products and have quite an extensive road map. On April 25th, the AION main net Kilimanjaro network was launched. Within this phase, AION has released their Virtual Machine (FastVM), an enhanced Ethereum Virtual Machine, as well as their modified proof of work.

AION is continuing to work on the Kilimanjaro phase of their roadmap with the release of their bridge tokens coming in Q3. These tokens are built to migrate the AION ERC-20 to a native AION-1 coin. The bridge tokens will a trusted distributed network for forwarding the transfer requests of the user. These bridge tokens will also be able to be interacted with via smart contracts. AION is also continuing to develop upon their other goals outlined in their roadmap including FastVM, AION Core (multi-chain framework) of foundational modules to run the AION-1 Blockchain, and  AION web3 API’s (for implementation of the Aion blockchain kernel application programming interface).

AION does not see others trying to work towards interoperability as competition. They rather see it as an opportunity for collaboration which can be seen from the formation of the Blockchain Interoperability Alliance. There are several differentiating factors between AION and other similar blockchains within the same space:

AION and their roadmap have two more major phases outlining the future. One that should also be completed in 2018 called Denali and one for 2019 known as Everest. These roadmap steps will continue to be fleshed out over time.

MLG Blockchain is a preferred partner with AION. This token profile was not paid for or sponsored in any way.